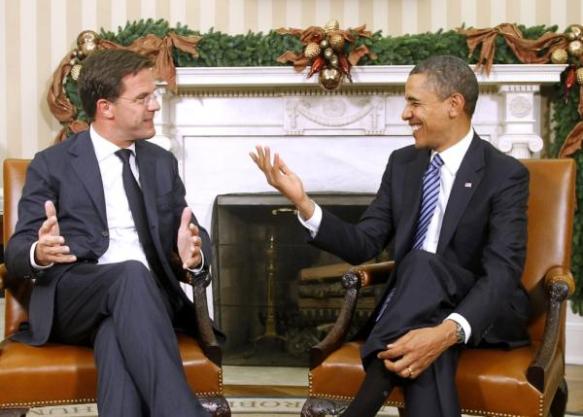 What would happen…? Uhmmm….

The head of Elstat, Greece’s new independent statistics agency, faces an official criminal investigation for allegedly inflating the scale of the country’s fiscal crisis and acting against the Greek national interest. Andreas Georgiou, who worked at the International Monetary Fund for 20 years, was appointed in 2010 by agreement with the fund and the European Commission to clean up Greek statistics after years of official fudging by the finance ministry. […]

“I am being prosecuted for not cooking the books,” Mr Georgiou told the Financial Times. “We would like to be a good, boring institution doing its job. Unfortunately, in Greece statistics is a combat sport.” […]

Mr Georgiou is due to appear before Greece’s prosecutor for financial crime on December 12 to answer the charges. If convicted of “betraying the country’s interests”, he could face life imprisonment. [bron]

“The euro is burning, the EU is falling apart and yet here they are: highly-paid, highly-pensioned officials worrying about the obvious qualities of water and trying to deny us the right to say what is patently true.

“If ever there were an episode which demonstrates the folly of the great European project then this is it.” [bron] 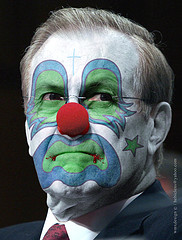 A couple of years ago I submitted a portrait of my daughter to the BP portrait jury in London. To have work accepted into the BP Portrait show puts you on the artist’s map so to speak.  My portrait, a work I poured everything into, was rejected and I took it rather badly.

Two years later I discovered Twitter and quickly found Bert Brussen to be the Twitter planet many of the others were orbiting. It occurred to me if I could capture the way he came across on Twitter, that in-your-face, don’t-know-don’t-care quality, I might have a chance of getting the jury’s attention.  He agreed to let me photograph him and a few of his friends were helpful with background information. It’s interesting to note that while I was working on the portrait, Bert’s tweets were firing at me in rabid succession from Tweet Deck, giving an added dimension to the painting process.

The paintings accepted by BP are contemporary looking, often gigantic heads. I’ve attempted to paint in my traditional way, but this time chose a distinctly contemporary subject with a narrative: the decline of traditional journalism replaced by the internet journalist. Unfortunately it will be one of 2,500 paintings submitted to the jury of which only 50 will be chosen. So the question is, will Bert’s voice be loud enough?